Highlights of the Group's history 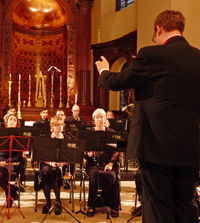 2006
The Bloomsbury Woodwind Ensemble gives the world première of their first commissioned work, The Zoo Keeper by Ruth Young, as part of the Newham Music Month festival.

2008
Bloomsbury Woodwind Ensemble gives the world première of Twisted Skyscape by Christopher Hussey at the Riverside Studios, London as part of the adopt-a-composer scheme.

2009
David Morris, appointed as music director for a new ensemble.

2010
Bloomsbury Music Group forms and is registered as a charity.

2010
Celebratory concert of the Bloomsbury Woodwind Ensemble and BWE2 held at St. John’s, Smith Square with the world première of Journey Through Time by Alan Bullard 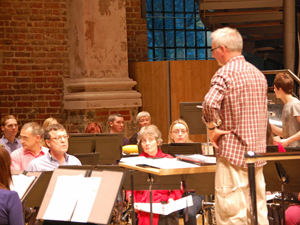 2014
BWE2 moves to Lumen for rehearsals and is renamed the Bloomsbury Band of flutes and clarinets.

Two successful concerts in November and December continue the longstanding tradition of raising money for charity. The group contributes just under £1000 to Nordoff Robbins, Childline and other charities.

2017
BWE gives the première of Slavonika!. A new work commissioned from Philip Sparke.

Concerts in November and December continue the longstanding tradition of raising money for charity. The group contributes just under £1000 to St Joseph's Hospice in Hackney and to UNICEF.

2018
BWE celebrates its 25th anniversary and the ten-year collaboration with Chris Hussey by giving the première of a new work by him called Child of the Wandering Sea.

2019
The Bloomsbury Band increases the range of its community concert venues with performances at Gatwick Airport, Beckenham Place Mansion, The Isle of Wight and the BT Centre.

In its November concert BWE performs a programme inspired by Domes which was arranged for the Ensemble by the composer, Kamran Ince. 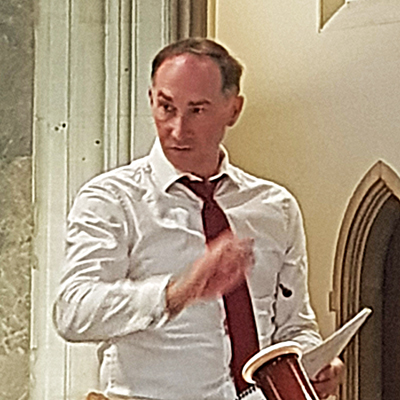 2021
BWE marks the end of Shea Lolin's sixteen years as director of music with a concert featuring an original work commissioned from Judith Bingham.

2022
Michael McGowan appointed as director of music for BWE. His first concert features a new work by Shea Lolin.

In May, the Bloomsbury Band is at last able to perform its anniversary concert featuring original compositions by Roger Cawkwell and Jenni Pinnock.